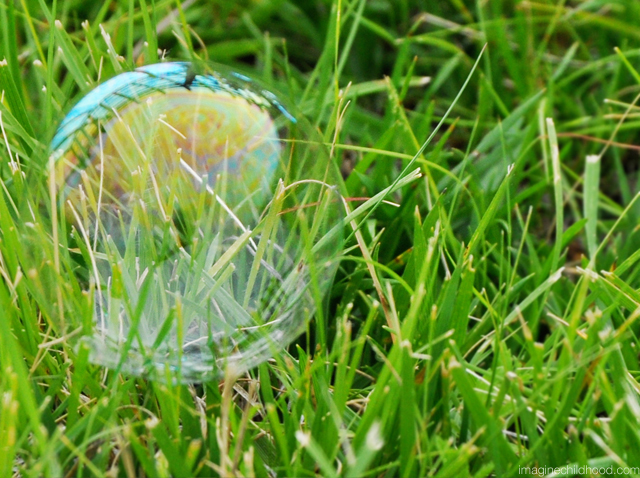 - Forest Mondays people. Pretty sure this needs to happen in every school.

- The Puffin Cam is back!

- We made some pretty adorable Bug and Butterfly Garden Markers, check them out! 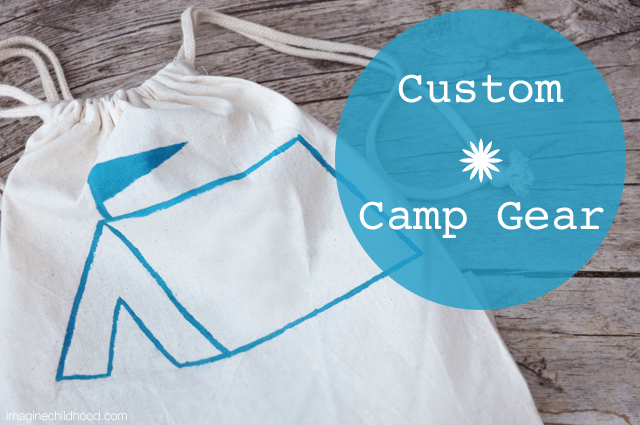 From custom camp gear for your littlest explorers. . . 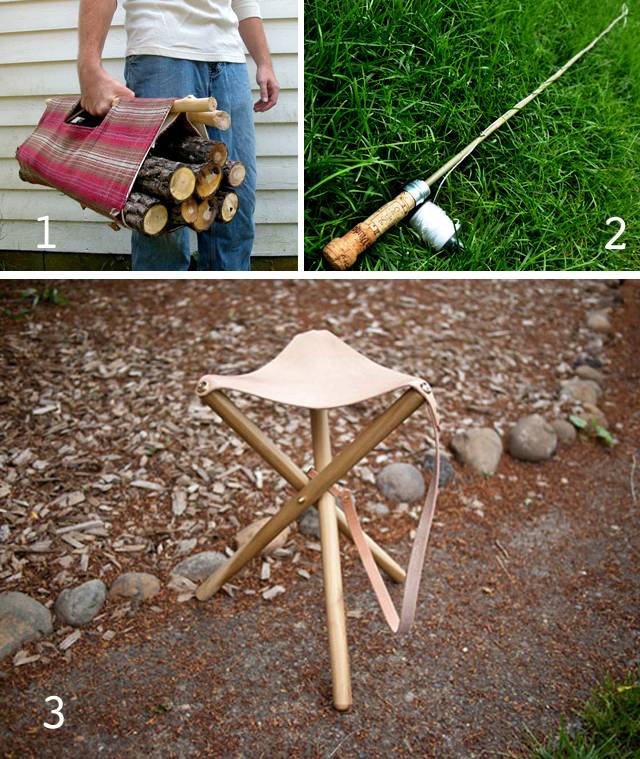 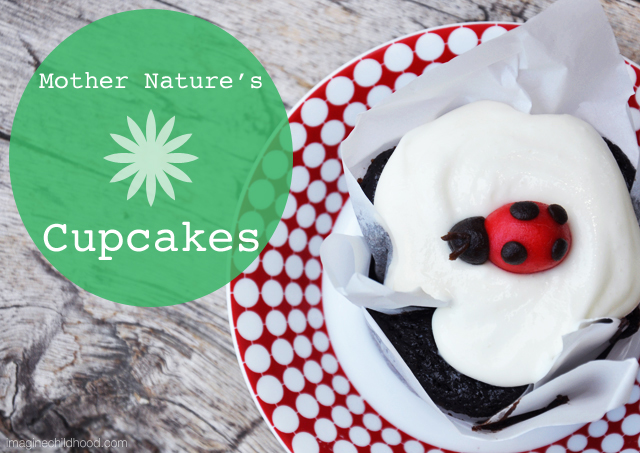 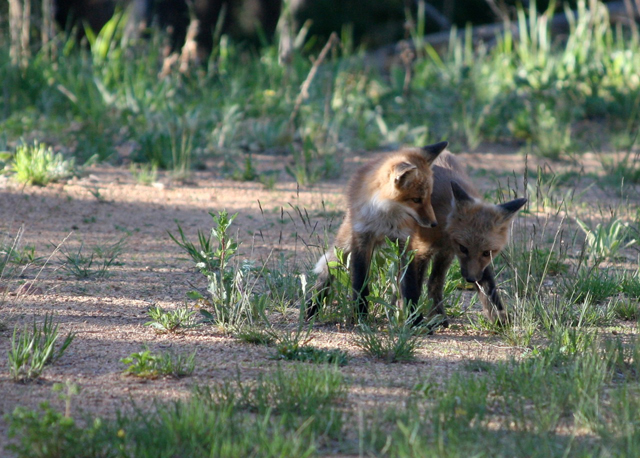 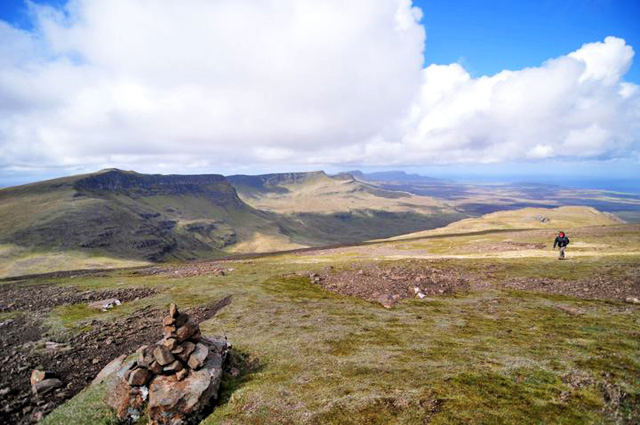 . . . June is all about exploring this beautiful world we live in, so go ahead, jump right in! 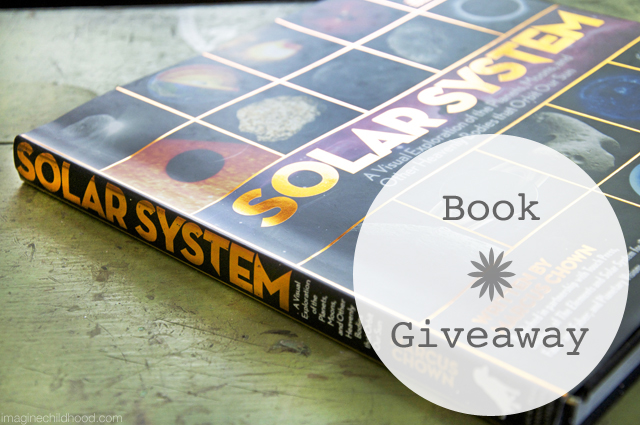 To stare at the stars in wonder is one of life's simple pleasures. Yet to know more about them, only seems to increase that wonder. Which is why we love Solar System: A Visual Exploration of the Planets, Moons, and Other Heavenly Bodies that Orbit Our Sun by Marcus Chown. 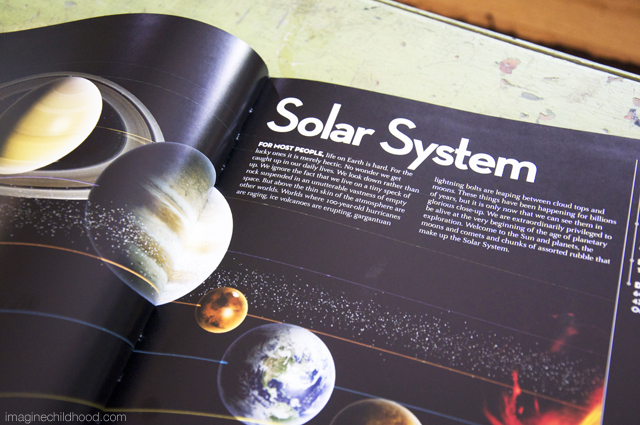 Similar in layout to it's cousin, The Elements, Solar System is a wonderfully visual adventure into the cosmos. 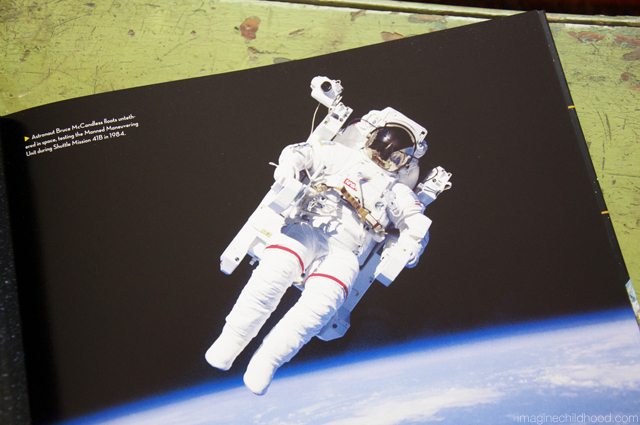 Beginning with where we are in the Universe, the book then moves inward to the inner solar system, the sun and the planets made of rock. The details here are concise and easy to comprehend, not to mention visually captivating. Each planet is investigated in detail, including orbital data and physical data. 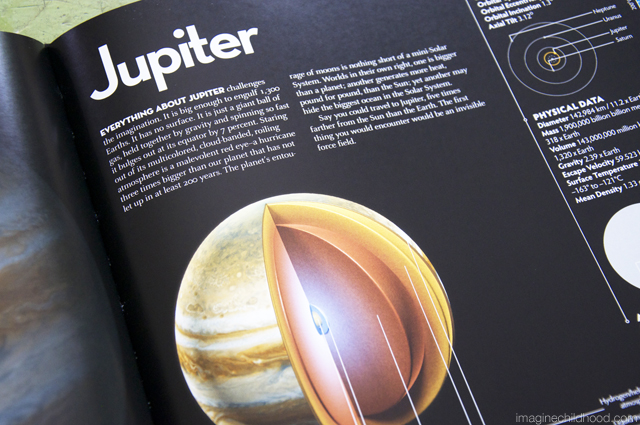 Next up are asteroids and the outer solar system. Chunks of rock and ice hurl through space and collide with impressive force, while gaseous planets 10 times the size of earth harbor storms that have been raging for centuries. What I love about the writing here is it's heart. Chown is obviously quite excited about the solar system, and it shows. In fact, it's pretty contagious. 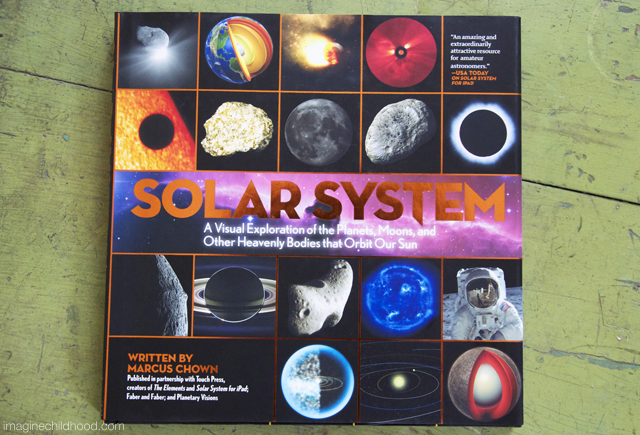 After randomly opening the book for a few weeks now, I was never disappointed at what I found. In fact I rather prefer to read the book that way, acquiring little bits of information each day. It really is the kind of book you leave out on the coffee table, except that the kids will enjoy it just as much as you.

From general solar system basics to delightful facts I had no idea existed, reading Solar System only deepened my sense of wonder every time I look up. Which is why we want you to have a copy!

To enter to win a copy of Solar System simply leave a comment on this blog by Thursday, June 4th at 9am MST. The winner will be chosen by the lovely Random Number Generator and announced later that day.

And the winner is Angela who said:

"My Seyda would absolutely LOVE this book! Thank you for this opportunity!"

* Last time in Books and Stories: How Does My Garden Grow

This week's nature walk comes to us from Crystal Cove Beach in Southern California.  There Donni and her family explored the beautiful shore and spent hours in the rock pools looking for urchins, small fish and anemones.  Thank you Donni for sharing this lovely trip with us! 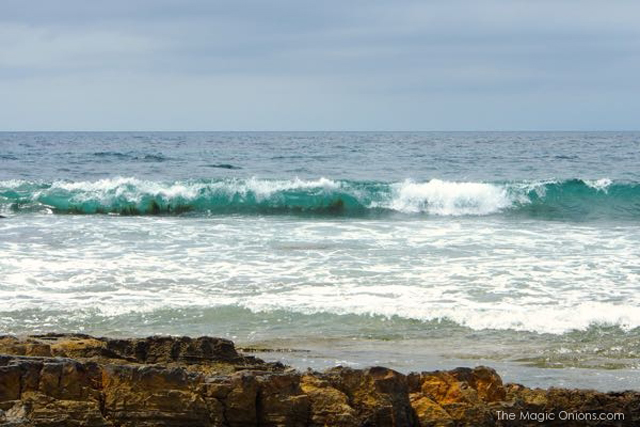 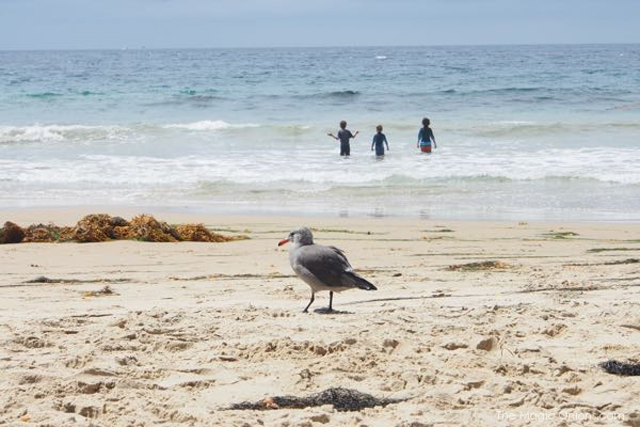 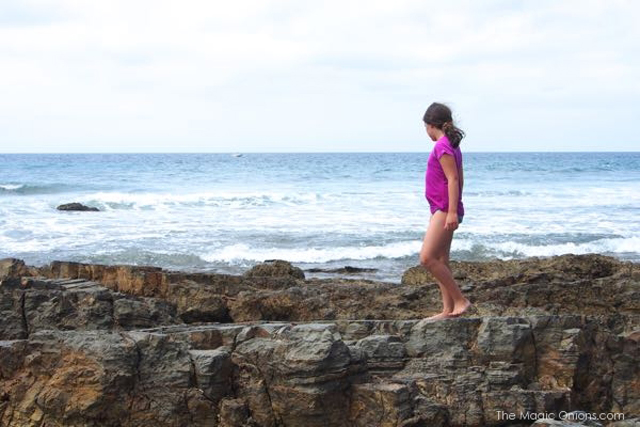 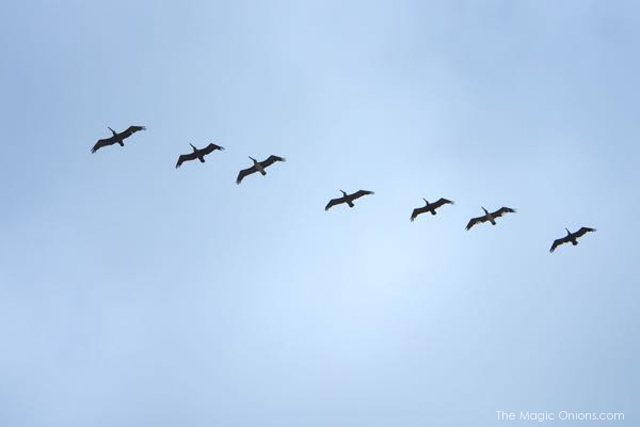 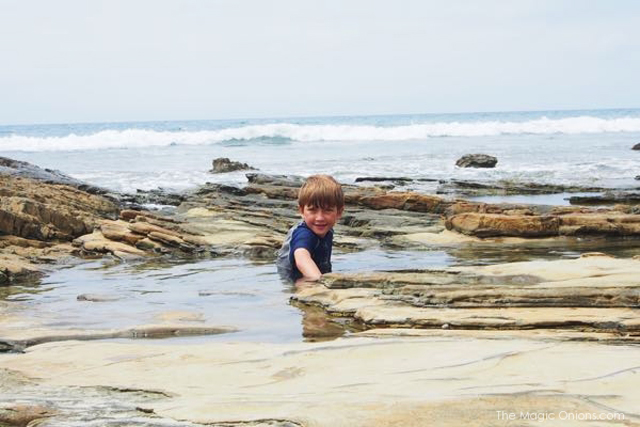 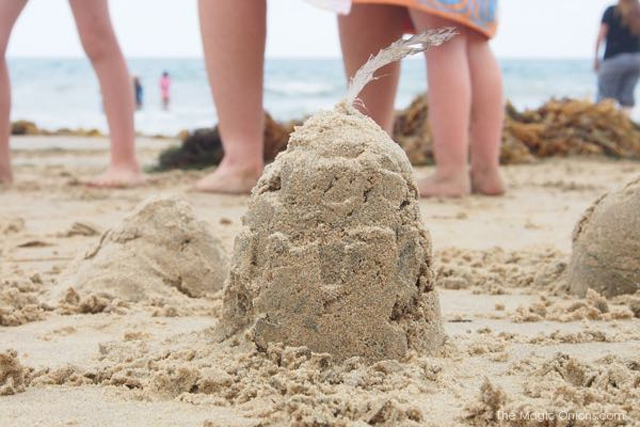 Thanks again Donni for sharing! 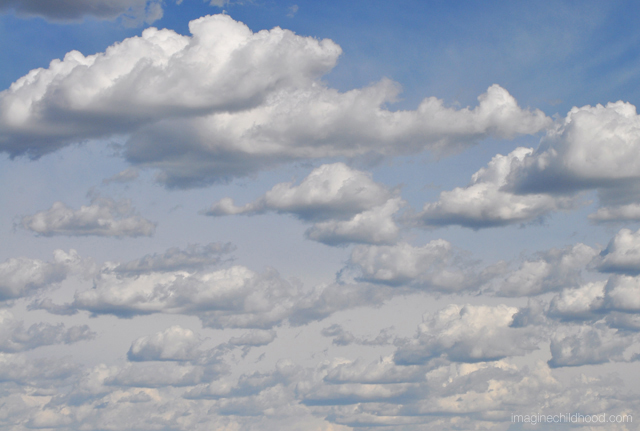 May your holiday weekend be filled with fun and great adventures!

- What a little iron fish can do for a country.

- What to do with a student who fidgets.

- Have a little scientist with a birthday coming up? Throw a science themed birthday party!

- When birds squawk, everybody listens. Cross species communications is officially a thing (but we knew that already).

- The Garden Ape loves the wildness of the garden, and your little ones will too!

- Check out these 15 great ways to celebrate Memorial Day weekend in the National Parks! 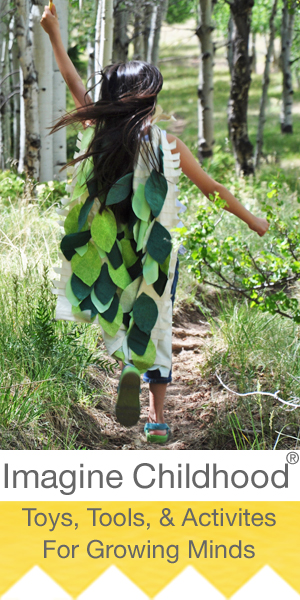